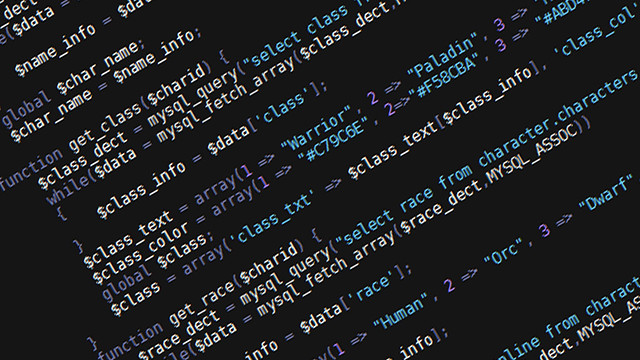 If there’s one thing bigger than big data in the educational trendo-sphere lately, it’s coding.

Coding, I think, is a cool way to talk about what we used to call programming, and it’s all the rage, as in ‘Coding in Schools is Vital’

This is the next big thing and when the Opposition Leader stands up in Parliament and tells us that everyone should be doing it, you know it’s mainstreamed. Bill Shorten said that all Australian children should have the opportunity to learn “the literacy of the 21st century” so that they can “design, create and operate the apps and computers” that will drive Australia’s future economy. Others are arguing that coding is as crucial as English and Maths.

Read that last sentence again, then code in that smiley face with the straight-line mouth at this point. 😐 Really?

Does that argument even make sense? And if you say it does, what time should be given over in the crowded curriculum, and what should go? Geography?

I used to keep a list of the all the stuff people in the papers and politicians said that should be taught in schools. It included things like (and I kid you not): chess, road safety, personal safety, origami, basic mechanics, first aid, meditation …) Many of these things are very worthy of our attention and time, but you get the point. Where do you stop, and what do you take out?

So, why coding? Well, the arguments seem to come down to these:

So, do these stand up?

Late in thinking about this piece I came across Patrick Kenneally’s Guardian piece, ‘Let’s pause before drinking the “coding in schools” Kool-Aid, which argues in part: ‘In the absence of being able to accurately predict which skills will be in demand in the future workforce, surely it makes more sense to build broad generalist skills of numeracy and literacy in the early years, rather than concentrate on the narrower skill of coding.’

I’ve got an even better idea: develop literacy and numeracy and the 21stC skills that are likely to really useful in helping young people fully engage in their future world of learning and work. I’ve blogged about them before. And stop knee-jerking politicians telling just what schools ought and ought not to be doing.

Disclaimer:  I love technology but am not a coder. The most advanced stuff I’ve ever done is scripting in Filemaker Pro. I enjoyed it.  The high point was a Markbook program I developed that was tailored to VCE English, which I began for my own use, gave to some other teachers even considered selling to a textbook publisher. This was long before ‘apps’.