This morning I saw that Judy O’Connell, the author of Hey Jude, one of the education-related blogs I’ve been following for years, was taking a break for leave this year and wouldn’t be updating the blog for a while.

In a short post Judy reflected briefly on the changes in the digital landscape since she’d begun her blog and that nowadays opportunities for reflection and interaction online are so much more various.

She wrote: ‘Rather surprisingly to me, I have had this blog since 2006, when writing a web journal was new, and amazingly clunky. But there was a real desire for educators to learn about and become familiar with working, writing, thinking, sharing and in general ‘being online’. Since then of course we have traversed many platforms, virtual and digital, but some foundational activities remain the same.’

I agree, and it made me reflect a little on my own blog, which I’ve turned to less often over the last two years. I think that’s partly because my role has changed: from learning and teaching focused in curriculum, to Deputy Principal with a broader set of objectives and responsibilities and Acting Principal last term last year, with an even broader agenda.

Over the summer break I looked at my blogs (I have several: one reflecting about my creative writing and a family history site) and deleted a couple of early ones that were no longer active at all. My first ever was called ‘Stuff from Warrick’ and I posted pictures and articles I thought were worth re-sharing. That’s gone!

During this process I thought about whether I should keep this blog going. After all, I follow lots of educators on Twitter, and am semi-active in that space. I could just reflect in that arena?

But I decided to keep this going. One reason, as Judy says in her post, there’s an archive of my thinking and reflecting on learning and teaching here and that’s worth something, even if only for me. And, secondly, I think there is still worth in the slightly longer-form writing of a blog beyond the (now slightly extended) limitations of the twittersphere. So, perhaps it’s the warm after-glow of a summer vacation (see pic) about to end, but I intend to revisit this space more often over the next little bit.

The WordPress.com stats helper monkeys prepared a 2014 annual report for this blog.

A New York City subway train holds 1,200 people. This blog was viewed about 3,800 times in 2014. If it were a NYC subway train, it would take about 3 trips to carry that many people.

I’m back from my leave, and thinking back already to some wonderful walking in England and Scotland, especially in the Lake District and on Skye.

I needed the break, and the restorative and recuperative power that walking in nature can give me. There’s something meditative about walking, especially in a beautiful place, that helps things connect somehow.

Now, I’m looking forward to getting back to work, re-connecting with colleagues and students, and firing up Outlook and surveying the damage there! I also intend to re-start the posting and thinking process here about issues and inter-connections in teaching, learning and technology. 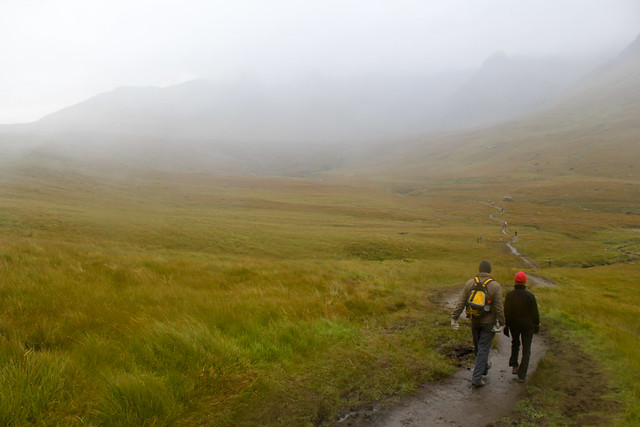 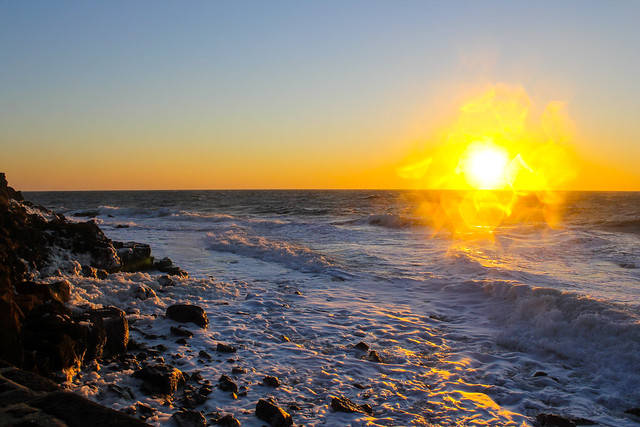 No, I don’t intend wandering off into the sunset, but I am on leave from now through term 3 in my first break like this in over twenty years. So, I won’t be blogging much about education in that time. Instead, I’ll be doing some of my own poetry and textbook writing, taking some photos like the one above, last night at Mornington Pier, riding the bike and getting stuck into some of those jobs around the house that have teased me for ages. And, I’ll be travelling to Europe at the end of July: to Holland, France, England and Scotland.

I hope to be blogging back here in Term 4. I  hope you all have a great term.

WordPress users just received data on the progress of their blogs this year. In 2013 I wrote 35 posts and and the blog was visited 5200 times, with visitors from 95 countries! Pretty amazing. Thanks everyone. I look forward to keeping on connecting in 2014!

The WordPress.com stats helper monkeys prepared a 2012 annual report for this blog. It’s a bit affirming to think that there were 10,000 views this year.

Thanks everyone! And Happy New Year.

After the intitial fear and trepidation about leaving holiday mode behind and moving to the routine of meetings, timetables and multiple agendas, it’s actually quite nice to clear the desk, un-clutter the inbox and sharpen the pencils for a new year. It will be even better when the students come back next week.

Good luck and best wishes to everyone for a great teaching year, especially new teachers entering the profession.

The WordPress.com stats helper monkeys prepared a 2011 annual report for this blog.

The concert hall at the Syndey Opera House holds 2,700 people. This blog was viewed about 8,500 times in 2011. If it were a concert at Sydney Opera House, it would take about 3 sold-out performances for that many people to see it.

Good old WordPress sent me an email today, with my blog stats for the year, which I share below. I was surprised (and pleased) that I blogged on this blog about once a week, in a busy year of teaching and learning. That’s about as much as I can manage I think.  I was totally surprised at the Gilligan’s Island interest; I’ve got to blog more about 60s television shows I think!

The stats helper monkeys at WordPress.com mulled over how this blog did in 2010, and here’s a high level summary of its overall blog health:

In 2010, there were 66 new posts, growing the total archive of this blog to 428 posts. There were 59 pictures uploaded, taking up a total of 11mb. That’s about 1 pictures per week.

The busiest day of the year was August 21st with 122 views. The most popular post that day was Teach for Australia (revisited).

Where did they come from?

These are the posts and pages that got the most views in 2010.

Above: : I stop at the local hotelier on the way home to relate my marvellous tale.

I met an English teacher from another school at a conference last week, who startled me by proudly stating over coffee that he banned computers from his classroom, ‘I want them writing, not typing!’, he proclaimed as if that was a great line.  I must admit I was nearly shocked and must have showed it.  I asked him why, particularly since his school and the parents  had invested a fair bit of money in ensuring that every student had a notebook computer which they could use in all their subject, except this one of course.

I said all the usual things you might expect, that wasn’t the computer a great tool for writing?, that surely the creative and collaborative opportunities might just interest you a bit?, that this was a tool that students generally enjoyed working with and seemed particularly useful in an English classroom? Wasn’t he interested in student’s blogging, or redrafting easily, or sharing their work with others online? I probably should have let it go but I persisted; what was it about the computer that so offended him that it’s very presence should be cast out?

In the end it seemed it was three things (I simplify):  that a computer is a typewriter and students don’t type their final exams, they handwrite them. That some students were playing games on their computers when they should have been working on their English. That some students were paying more attention to their computer than their teacher (lookatmoi!!!)

If you’ve been reading this blog for more than three nanoseconds you’ll know how well that went down with me and I think I might have even said something like, ‘I wouldn’t want you teaching in a school I was in’ or something to that effect. And this man is probably a good teacher, well liked and respected by his students. We parted company soon after, going our different ways across the biscuits and Nescafe.

I know another English teacher, from another school, who has taken it upon himself to lead and develop the other English teachers at his school. He began using OneNote as an organising tool for himself about five years ago, and then with his senior English classes. He used his tablet PC to annotate and review student work and email it back to them and he started blogging for them, and sharing his blog with students from other schools, gathering thousands of ‘hits’. Late last year he started producing some audio podcasts for his students on key aspects of the course. He’d get the students to download them to their computer and some would put them on their ipods to listen to later. This week he sent me a link to a screencast he’d created using Screencast which was a visual and audio overview setting up the structure of an essay for his senior English class. He’s been playing around with Camtasia too, as a tool for helping students build skills.

It’s not the done thing in the education profession to criticise other teachers. It’s anti-collaborative and just helps to push people into extremes of perspective and hide-out with their ideological pals in the staff-room or the computer room.  (See my earlier post about identity!) Any talk of teacher appraisal or performance quickly has to answer to questions about team-work and the importance of teachers learning together, not competing with each other.

Fair enough too. We’re not cookie cutters and getting into quantifying what a single teacher has contributed to a student’s learning journey is a slippery slope. Still, I know which of those two teachers classes I’d like my own children in.